Don’t worry - even though her books are steamy, this interview is tame.


1. What inspired you to become a writer?

I've written stories for fun occasionally over the years, but for the most part I've channeled my creativity into photography. That includes moving from film to digital photography back in the early days of the technology.

In 2001, I attended a workshop put on by Adobe called "The Future Of Digital Publishing". That was the first time I heard the phrase "print on demand" - the idea that authors could write books, and someday there would be a way to sell them so that readers could choose a book and have it printed and delivered almost instantly. I realized that there was a change in publishing on the horizon and that it would be as revolutionary as the digital camera revolution. From that day, I planned on eventually moving into writing as well as photography.

Flash forward to 2012. Now we have e-readers - something that lets authors and readers connect in an instant. I have to admit that I was one of those "but I want a real paper book" kind of readers. Then I tried out a Kindle reader and found out what all of the fuss was about. It's like having a whole library in your purse, and the ability to buy a new book seconds after a friend's recommended it. I'm hooked on e-books and don't miss buying paper books.

Everything kind of came together after I got my e-reader. As much as I love photography, I love writing even more. There's nothing as exciting as starting with a blank page, crafting words, and seeing characters take shape, meet each other, fall in love (or lust) and live happily ever after. The camera gave me a way to show people the world as it is, viewed in a unique way. Writing, though, gives me a chance to create something brand new - people and places that only exist in my imagination. And with digital publishing today, I have a way to share my stories with everyone.

2. Do your co-workers, friends and family know that you write erotica?

My husband knows, of course, but other than that I keep it quiet.

Erotica is like panties. Every woman wears them (well, usually!) but most women don't go around advertising that today they're wearing the pink lace ones. We all know that our friends and family have sex, but usually we steer clear of discussing exactly what they're doing or feeling. Sure, sex in public can be fun - but most people like a certain level of privacy with their passion. Saying "Hey, I'm an erotica writer," might be open and honest, but it also makes some people uncomfortable. They start squirming and blushing like you're able to see under their clothes, or read the sexy thoughts in their minds.

3. Is this the only genre you write?

So far it is. Erotica is a big world and I'm not done exploring it yet, but I wouldn't be surprised if I venture out into other genres eventually.

Most of my erotic stories have a strong "first time" theme - with people in new relationships or situations. Remember the feeling of sitting close to someone, leaning toward them, and wondering what it will feel like when your lips touch? The way your skin tingles when someone unbuttons your blouse and slides their hand under your bra for the very first time? I just love writing about moments like that - ones I've experienced before, or ones that I can only imagine. To me, that is the essence of erotica and who knows? There might be a lifetime's worth of those stories to tell.

Sometimes I think about branching out and writing mysteries, but right now I just can't stop writing about those sensuous first touches. Maybe someday...

4. Has the popularity of ‘Shades of Grey’ impacted your sales? Do you think it’s creating a wider audience base for erotica authors?

Today, reading Fifty Shades in public is likely to prompt a discussion about the book. "What chapter are you on?" "What did you think when he did this or she did that?" It's not going to get your co-workers whispering, or make your boss think that you're up for a quickie in the copier room.

Well, I tend to believe that the best marketing is to keep writing. The more you write, the more chances you have for new readers to discover your work and decide that they want to read more of your stories. I have taken advantage of free promotion days on various sites, including KDP select - and it can be a good way find new readers. That said, you don't want to overdo giving away free samples. Just enough to introduce yourself to a new pool of readers. For the long run, though, a book's success comes from the quality of the story - not from marketing magic.

6. It’s difficult to get reviewers for non-erotica titles. Do you think it’s easier or harder to get feedback from the erotica community as a whole?

7. How many times a day do you check KDP? Amazon rankings?

8. Have you even written a story ‘inspired’ by a co-worker? How do you research your books?

In one of my books, the main character's boss is based on someone I worked for. The word "useless" is used quite a few times when Gary describes his boss!

Usually, though, inspiration is less direct than that. Sometimes a turn of phrase or a mannerism comes from someone I know, but for the most part the characters just grow in my imagination.. I may start the book with a clear idea of who they are and what they are going to do, but as the story goes on they sometimes surprise me. Seth, the sleazy spy store owner from one of my series did just that. He starts the story as his usual pervy self, but as the story progressed I found out that he was a pretty cool guy - and that there was a reason he grew into the man he was.

Now as for the research part - yes, having sex is part of the research! I'm going to leave the rest to your imagination.

Joy Cox is a pen name, but it's a variant of my real name. I think it's wise for authors to use a pen name. Regardless of what you write, there is a real concern that overeager fans could decide to stalk you (physically or virtually.) There's also the situation where perfectly nice people know who you are, and what you write - and instead of letting your imagination run wild in your writing you end up trying to write in a way that you think will please the readers you know personally. I find it easier to start writing and let the story go wherever it wants to go. Too much trying to steer the storyline and my characters start getting all stiff and self conscious. (Stiff in a bad way, not an erotic way.)

I spent a few weeks thinking of possible pen names, but as soon as I thought of Joy Cox, that was it. It's a lovely name - nice, friendly, short and sweet - not overtly smutty, but...

10. Have you ever had any overeager fans try to stalk you? (physically or virtually)

Not yet. I keep a fairly low profile on social media and keep my e-mail private. Most of my readers find my stories through sites like Amazon or Barnes and Noble - sites that have good book discovery tools to match readers up with books they should like. I do Tweet a bit, and have only had a few strange messages from followers. It's easy enough to block someone if they make me uncomfortable.


11. What’s your writing space like? Do you ever write at the library, Starbucks, etc?

I write at my big desk in my living room, overlooking my front yard. I don't write in public places. It's strange enough to be writing a sex scene and have to answer the door for the UPS guy. I'm not quite ready to write explicit love scenes at Starbucks.

12. If you could meet one author for a cup of coffee and chat - who would it be?


Thanks so much for talking to us about the sexy, secretive world of erotica writing. 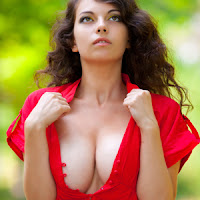